In Seeds of Resilience, I seek to emphasize the opposing forces working on the earth. Physical forces have drawn themselves on the geology of the earth over millennia, and in just a few decades human society has wreaked destruction.

Growing up in Israel, I forged a love and connection to the land, where the shape of the terrain tells the earth’s geological history. Today I am here, in a place blessed with expanses of space, water, and rich ecological systems. However, the time between my childhood and now has brought many changes in human society. Great technological advances are accompanied by destructive materialism and waste.

In my work I create clays to be as connected as possible to the original geological materials. I juxtapose this with manufactured stains to represent the industrial activity of human society. Some forms mimic natural crust formation, while others look highly mechanically manufactured. I hope that this work will highlight the interconnections between society and the earth, and will lead us to shape a more harmonious relationship within our ecosystem.

In Land and Society, I portray the crust’s scream through texture and colour. I used colourful glazes that resemble artificial industry by humans with its colour, and also depict the cry of the land with red glaze as the blood of fauna, and variegated green glaze as contaminated water that flows in between layers of crust. During the development process, each part led into different solutions and ways of deciphering the subject.

In this installation, I emphasize the abundance of seeds and plants that we accumulate. Humans fill many vessels with natural resources such as food and seeds, but fill others with poisons that spill over into the ground. I portray shifts in scales between micro and macro: both the mountain shapes and the vessels are similar in size, reflecting humans’ quest to control, to conquer, and to impose our force wherever we can – to make the mountains into our very own containers.

Our society dwarfs mountains into waste vessels with arrogance and incomplete vision to the coming results.

The scream of the bloody earth and the poisoned rivers all around the globe.

The human society, with its unique characters, utilizes from the earth natural sources for its needs and its sophisticated bottomless consumption.

Yet, earth and its inhabitants keep surviving and offering their seeds of life to all. People keep creating their manufactured vessels to store nature’s gifts/offerings for life. At the same time, poisoning and destroying the earth’s crust.

The humongous waste is discharged carelessly to the earth’s crust. Mountains and valleys, rivers, lakes, oceans, and air become bottomless vessels for this waste.

In Crust of Mother Earth I emphasize the nature of the crust and the resilience of one of its inhabitants, the flora. In this body of work, I decided to incorporate crystalline glazes in particular as the formation of crystals is dependent on seeds of zinc. This metaphorically reflects what happens in nature. The results present the lush earth. A property of crystalline glazes is that they flow wherever they can. I leveraged this to depict the idea of the resilience and struggle of the flora to survive as representative of the determination of all the inhabitants of earth.

Resilience and determination of
Mother Earth as she stands tall and strong.

Ofra Soferman Av-Shalom is a recent graduate of the Emily Carr University of Art and Design in Vancouver, B.C., on the unceded territory of the xʷməθkʷəy̓əm (Musqueam), Sḵwx̱wú7mesh (Squamish), and Sel̓íl̓witulh (Tsleil-Waututh) Nations. Primarily a ceramicist, Soferman Av-Shalom is interested in cross-disciplinary work; her practice also includes areas such as printing and sculpture. Previously, she studied biology at the Hebrew University in Jerusalem and later worked in plant genetics research.

Her prior work in plant genetics gives her a wide view of the meaning of natural materials and their impact on biological systems. In her practice, Soferman Av-Shalom tries to emphasize her love of natural materials in multifunctional pieces to connect between the rich fulness of earth and the individual user. Inspired by nature, she is interested in the expression of the raw material when matured in atmospheric firing.

In the last four years, Soferman Av-Shalom has organised the presentations at the Fraser Valley Potters Guild. Through this position she aims to connect cultures and art between artists from various communities and the members of the guild. She pursues this aim through inviting diverse speakers including emerging and acclaimed ceramicists, museum curators, and exhibit designers.

To the right, you can see her listening to the ground, in conversation between ancients. 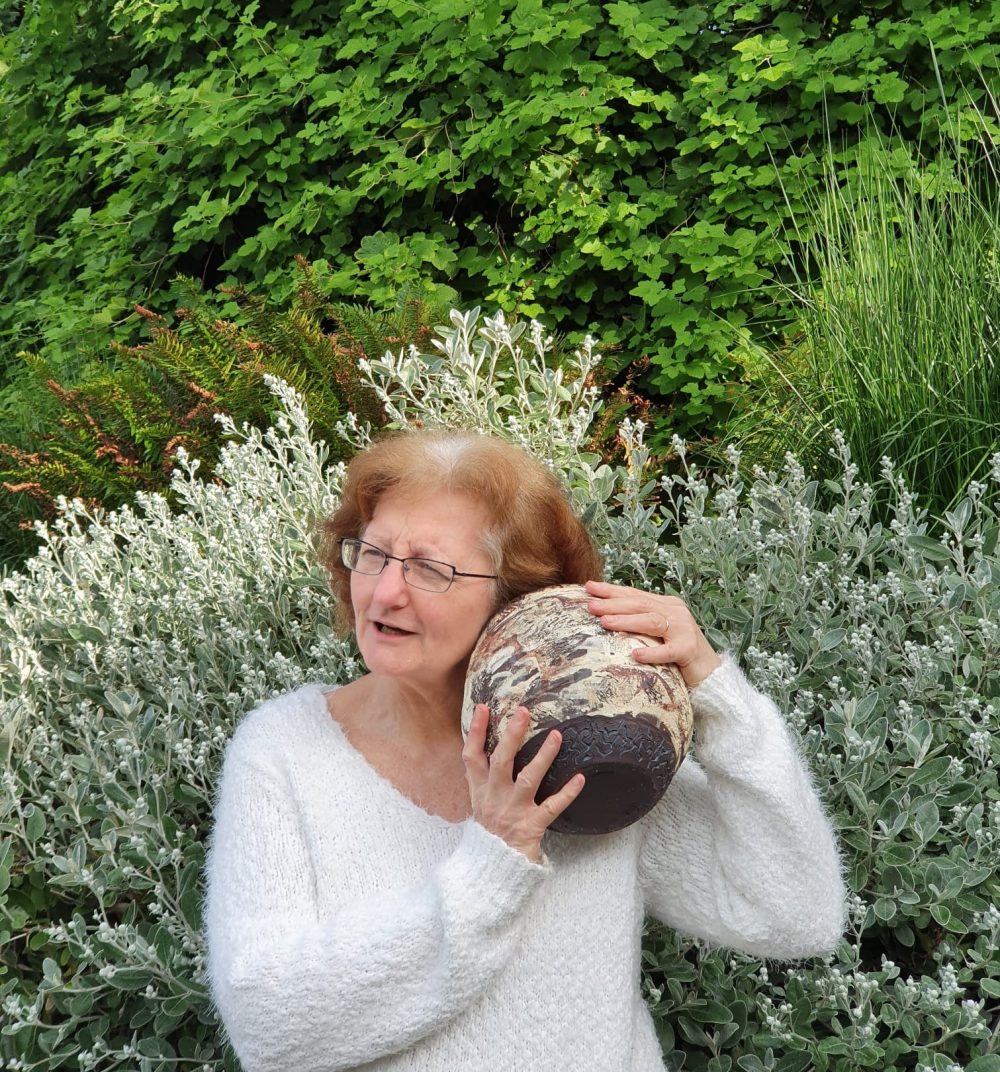 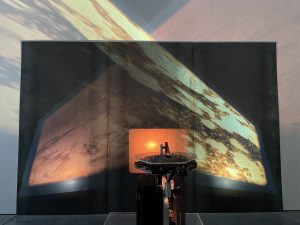 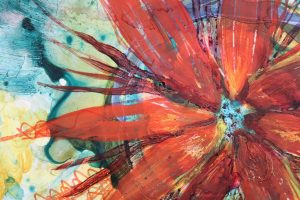 The Dark and The Whimsical

in hindsight of the future