“The Hastings Project” is an ongoing project that has been changing and evolving since its inception in fall 2020. This project is centered around Vancouver’s Downtown Eastside community. This community was called “four block of hell” by the Vancouver Sun in 2006 and is hidden away from the rest of Vancouver. It is known for its high levels of poverty and crime. Many individuals living in this community suffer from addiction and mental health problems. I have a unique relationship with the DTES as my sister lives in an SRO there and it’s always been a place of pain and sadness for me. I wanted to explore my own feelings of anger and resentment toward the DTES by creating work that focuses on positive elements and places that contribute to the wellbeing and growth of the community. Some of these places include Union Gospel Mission, First United, Downtown Eastside Women’s Centre, Carnegie Hall, and Pigeon Park.I wanted to highlight the beauty and importance of these overlooked places by illustrating them on functional ceramics and having them live in the kitchen and spaces of people who wouldn’t usually think about the DTES, just like I didn’t before my sister.

This series has evolved into multiple vases that I want to hold the essence and importance of the DTES. These vases depict shrieking pigeons across the surface with their wings raised high in a jumble of feet, wings, and fat little bodies. I chose the pigeon to depict the community of the DTES because of the infamous Pigeon Park, which is located in the heart of the community and is an important place for social gathering. I also see the pigeon as a bird that is misunderstood and underrated. When people think of pigeons they think of a dirty, unintelligent bird that walks around picking up scraps from the ground; a bird that lives off of people’s garbage in the city. In reality, the pigeon is an incredibly tough and brave creature that ventures up to people in Vancouver and thrives in a city environment. They are also very intelligent and can be taught to recognize all 26 letters in the English alphabet and to recognize people and places. There was a study done with pigeons showing that they could in fact distinguish paintings apart much like humans do. We underestimate pigeons and their capability based on how they look and act.

The pigeons and the people of the DTES are all underestimated and overlooked based on appearance and what we think is acceptable. I want these vases to represent the strength and importance of the DTES community and how they are not people that should be ignored or brushed to the side, but people who are relevant and can contribute to the rest of Vancouver if we give them the opportunity to. I think if we can raise awareness and educate people on the DTES, it will become a less stigmatized place and people won’t be so afraid to go down there. As human beings, we tend to be afraid and mistreat people we don’t understand. The first step to educating others on the DTES is to create work that will open up conversations around the community there in a positive way rather than consistently focusing on the negative.

To further support programs that are in place to give DTES residents opportunities, I chose to sell some work created for this project and donated proceeds to EWMA, which is a non-profit organization run by Atira that gives women facing barriers the opportunity to create artwork and sell it for income and to receive a stipend. Programs like this are usually underfunded but gives valuable work opportunities to those in need of assistance.

Through this project over 600$ has been raised and donated to EWMA to help support and contribute to the growth of Vancouver’s DTES.

Contact Me
I am a ceramics artist currently living in East Vancouver, British Columbia, which is located on traditional unceded Musqueam, Squamish and Tsleil-Waututh territories. My work is focused on my personal life and how I’m experiencing the world around me. I hope to make meaningful differences within my community and help open up conversations around issues happening in society today. I chose illustration and ceramics as a means of communicating with the world. I have always loved how anyone can see an illustration and absorb it in a different way. I want my work to be something people young and old can enjoy and understand. Ceramics as a medium has always captured me with its permanence and that the illustrations will be around for the next generation to see. 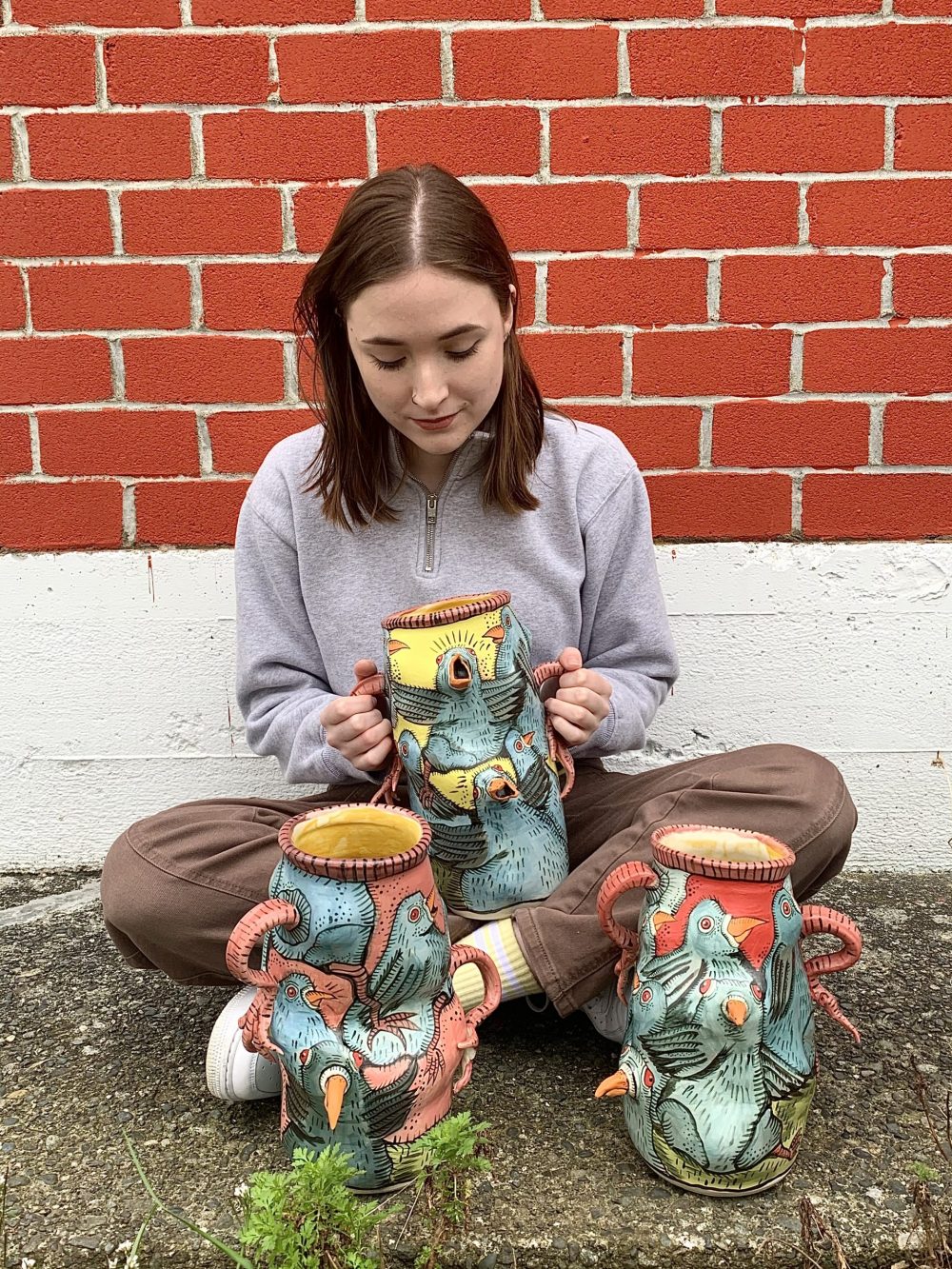 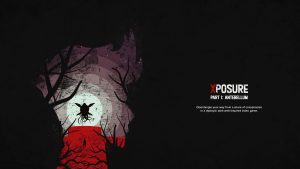 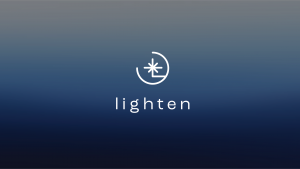 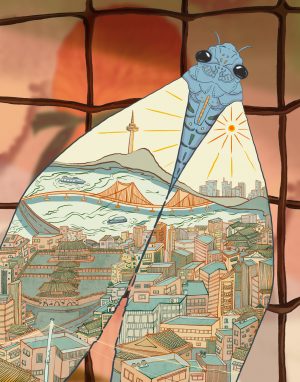 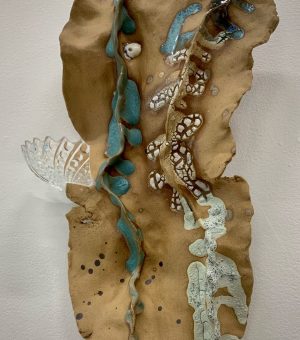 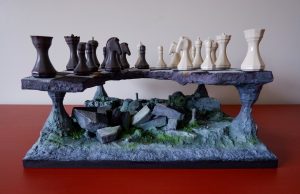